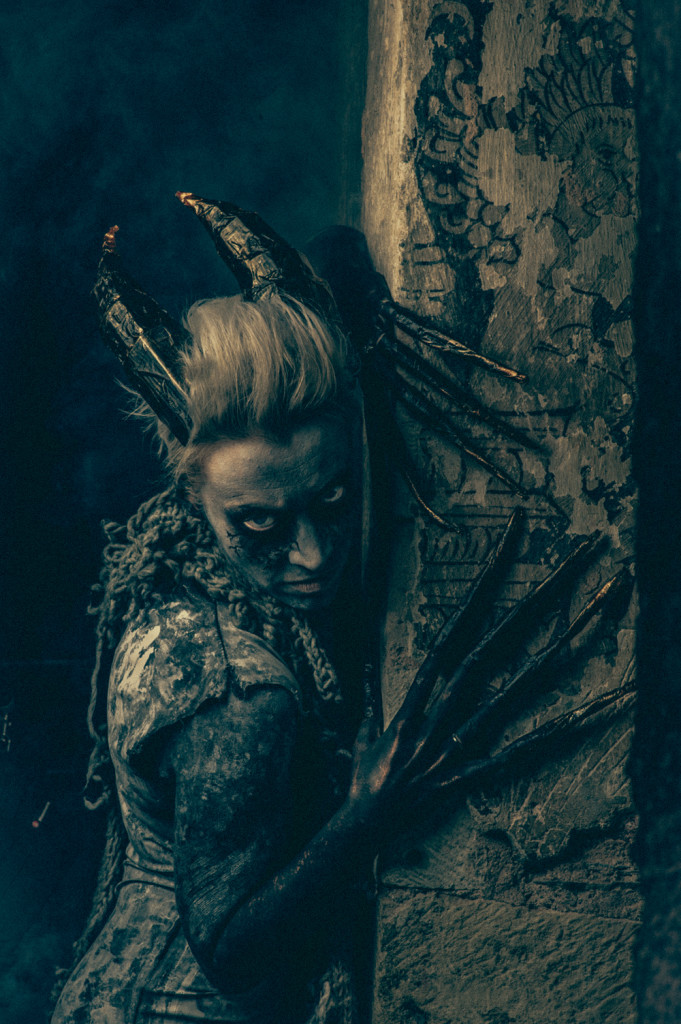 Once again the show was sold out, and some wicked wildfire word of mouth saw people desperate and clamouring to get tickets!

The show was performed at ST NICHOLAS PRIORY in Exeter, which, appropriately enough for Marlowe’s writing, has been meticulously maintained as a Tudor town house. Our adaptation took place as part of the EXETREME IMAGINATION FESTIVAL.

The Medieval time warp they, and the dimly lit Priory created, was nothing short of sheer brilliance. The bounds of theatre experience have been well and truly broken and for that I thank Four of Swords.
Anita Merritt, Express & Echo

So – all in all – this Faustus is a great show sticking closely to Four of Swords winning formula. Thoroughly recommended and should provoke lots of lively debate and soul-searching… Five stars.
Anna Marks, Remote Goat

The way you interpreted the play, and especially the use you made of the venue, was as exciting a piece of theatre as I have seen since McKellen’s “Lear”.
Audience feedback

I have never before come across anyone doing exactly what you do and it is just brilliant.
Audience feedback

FOUR OF SWORDS’ FAUSTUS was accompanied by two educational endeavours which were organised as part of the “Re-Writing Futures” strand of EXETREME IMAGINATION.

Sarah and Phil managed to inspire, encourage and motivate extremely challenging pupils.  I have been so impressed with their materials, session content and presentation.  Pupils expressed how ‘inspired’ they have been and all said it has been the highlight of their time at the Centre. This has certainly been the best project that I have worked with in school and I have been working as a teacher since 1983!!!
Teacher feedback, CDPLS

This version of FAUSTUS spawned a spin-off show, a kind of quasi-sequel called DOCTOR FAUSTUS PRESENTS AN EVENING OF RENAISSANCE MAGIC which was performed at THE DEVON AND EXETER INSTITUTION. Click here or on the title for more information. 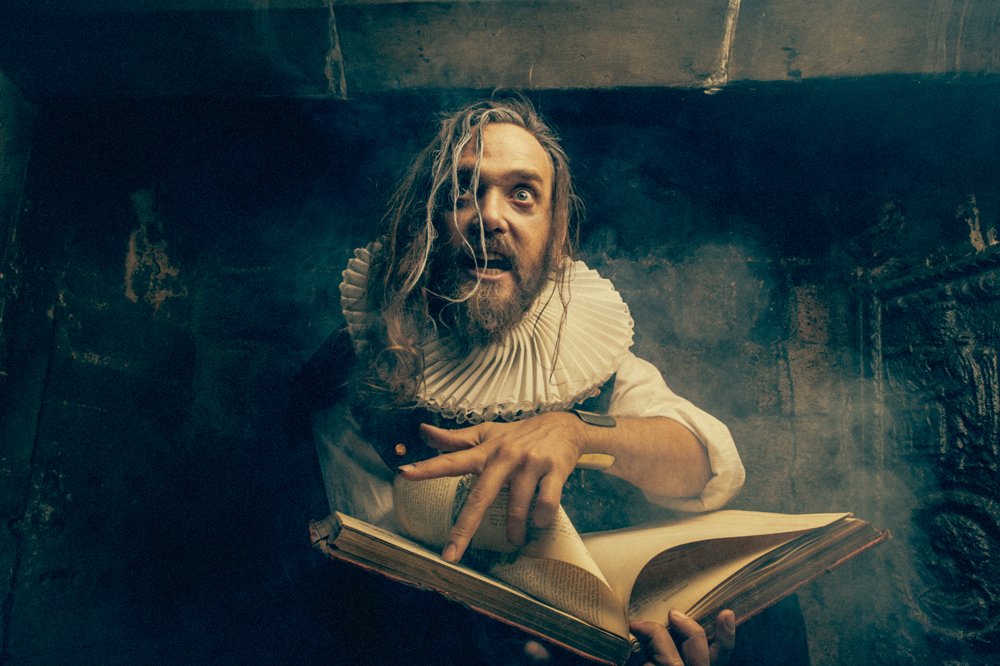 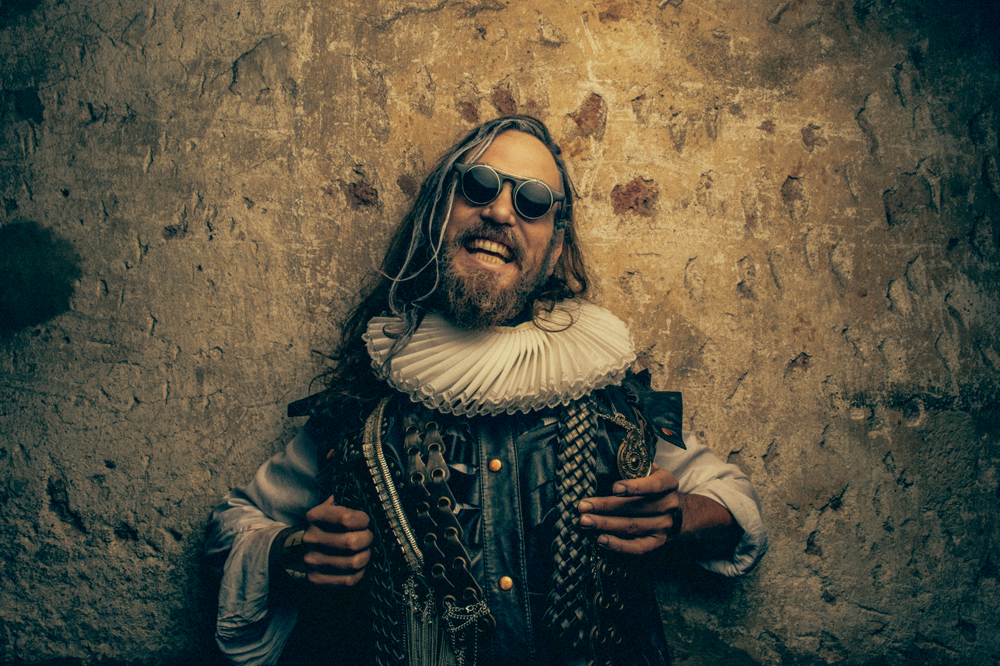 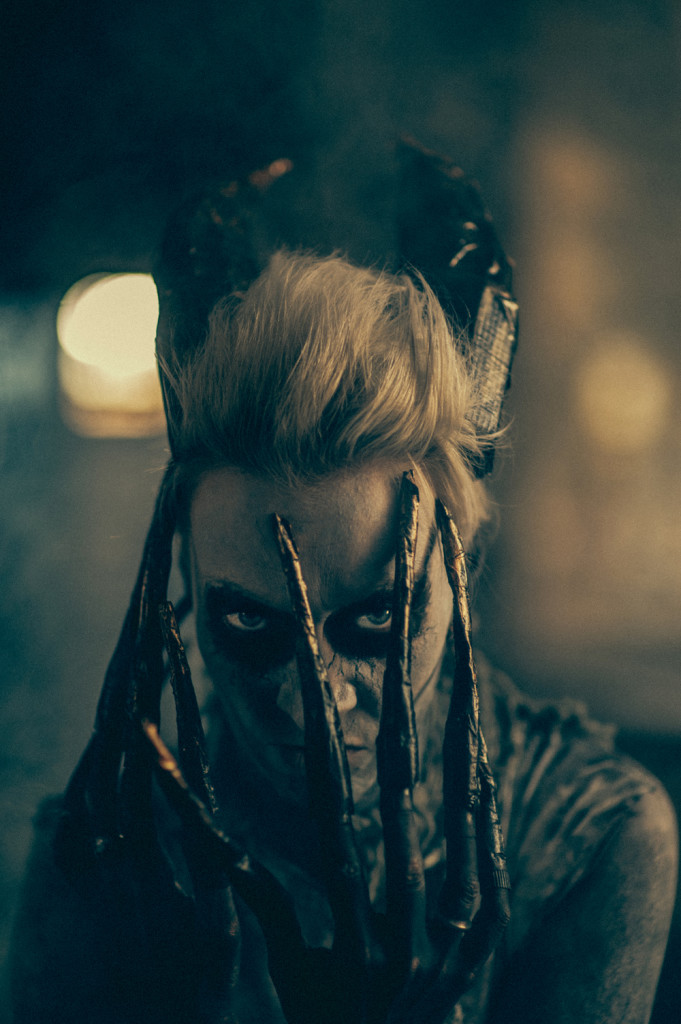 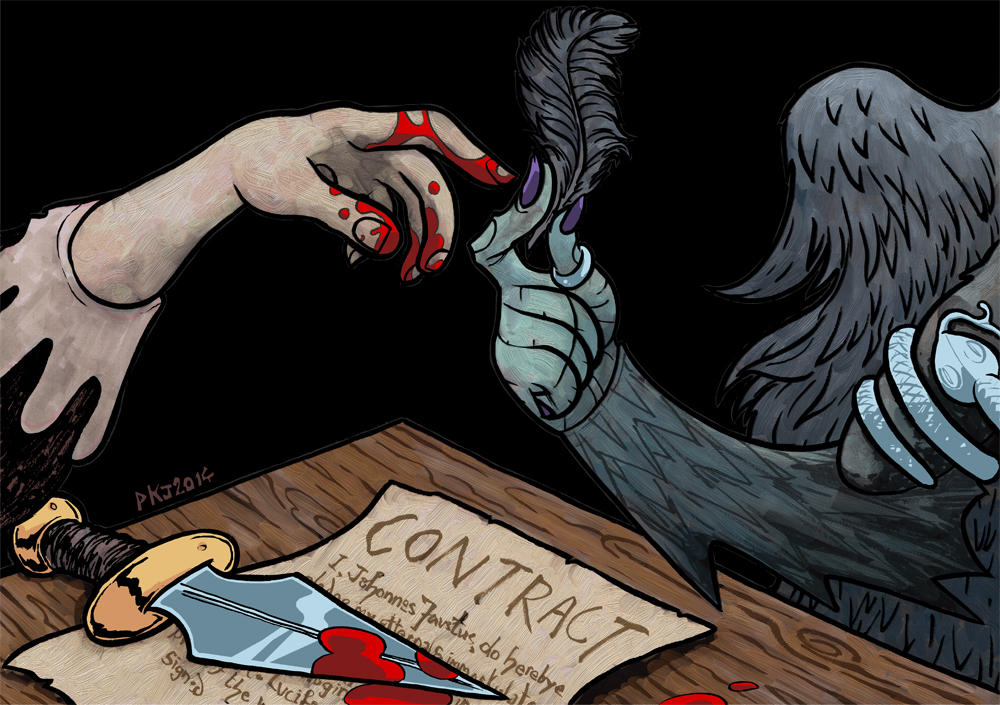